MOWBRAY APARTMENTS in Mowbray
Together with Ben Kruger Architect 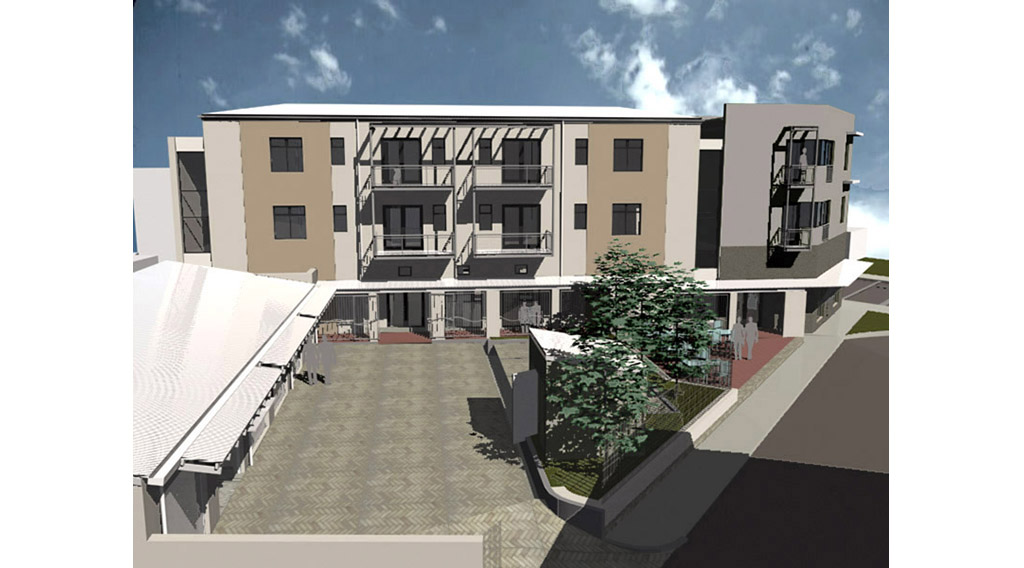 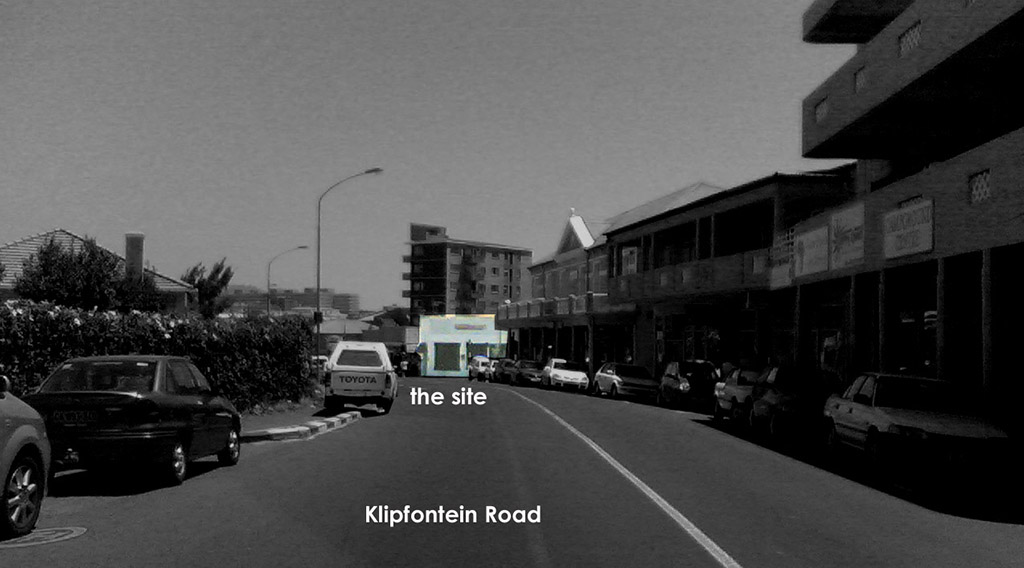 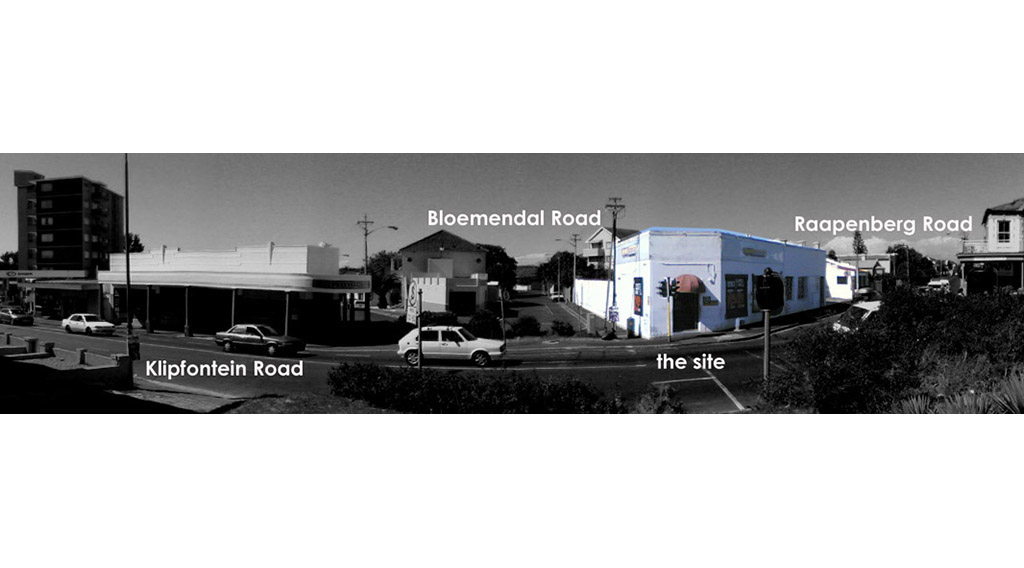 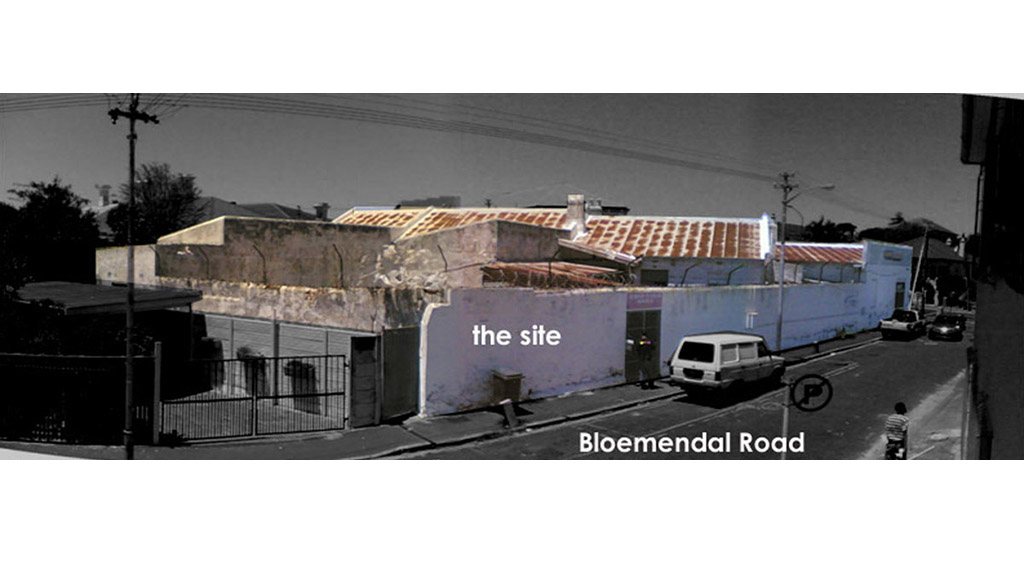 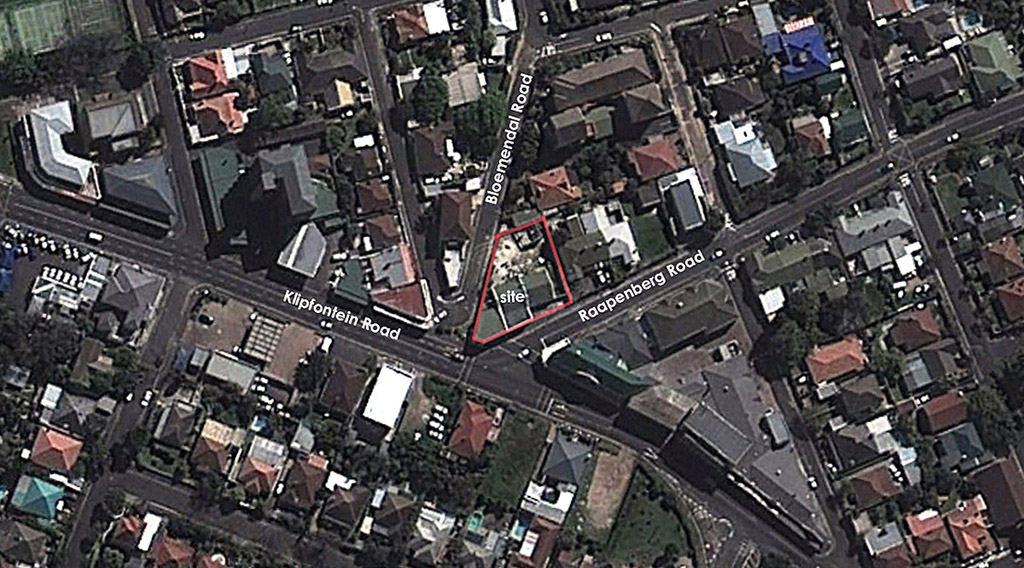 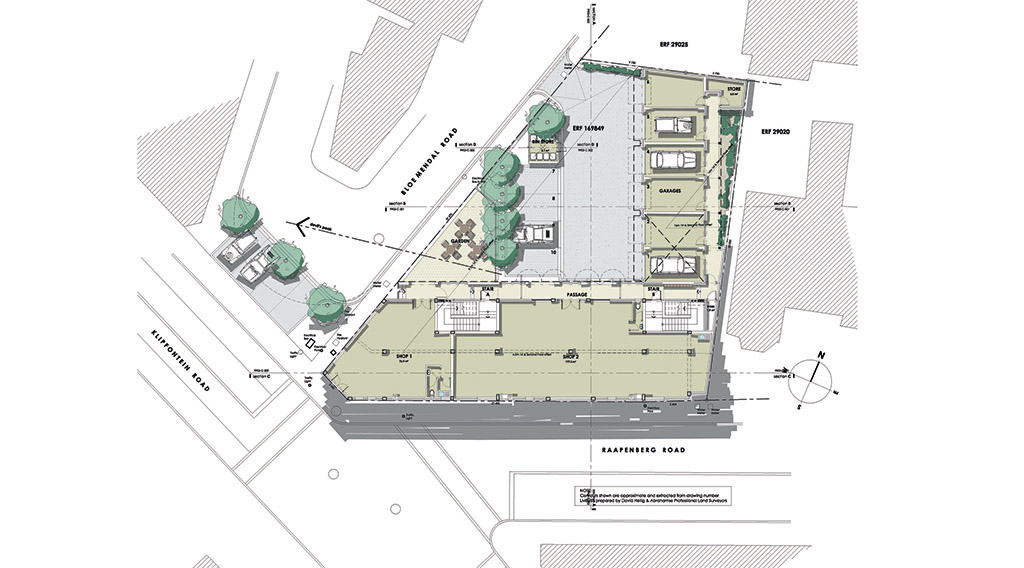 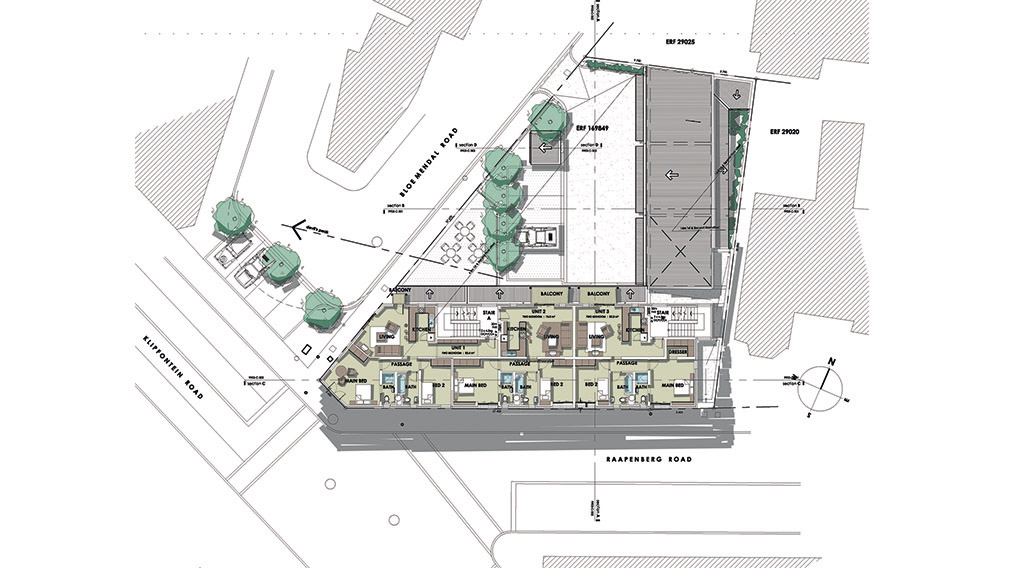 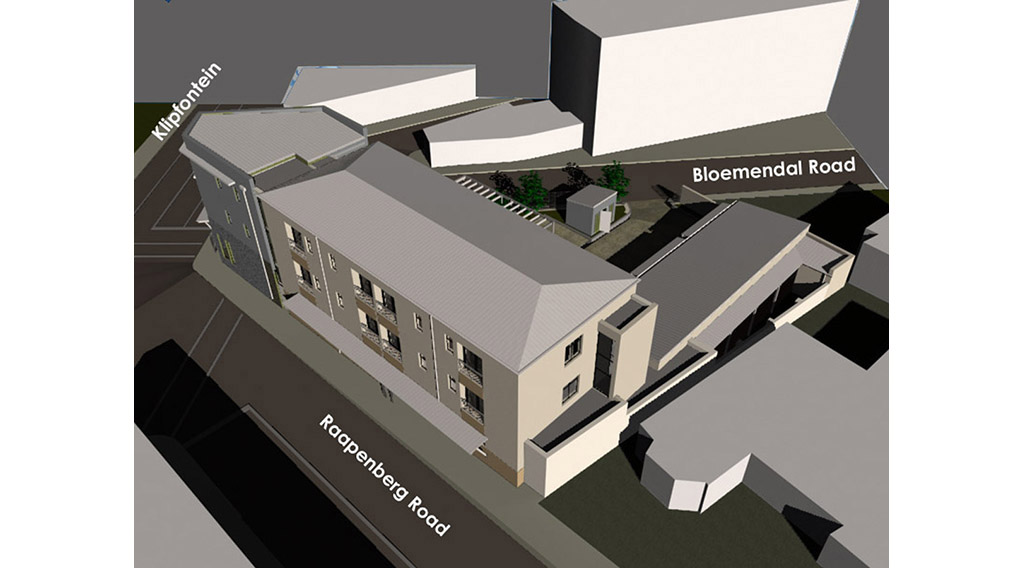 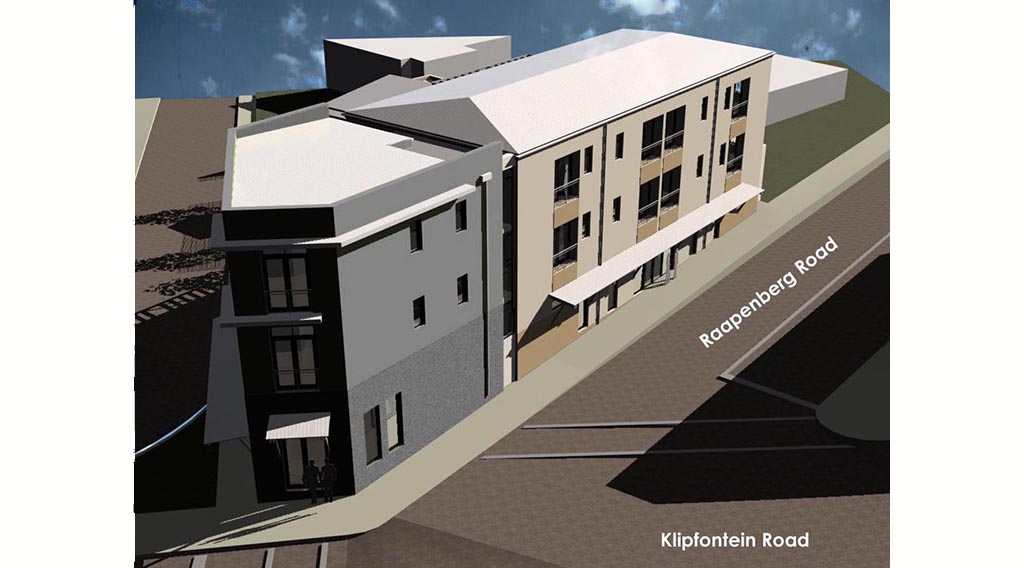 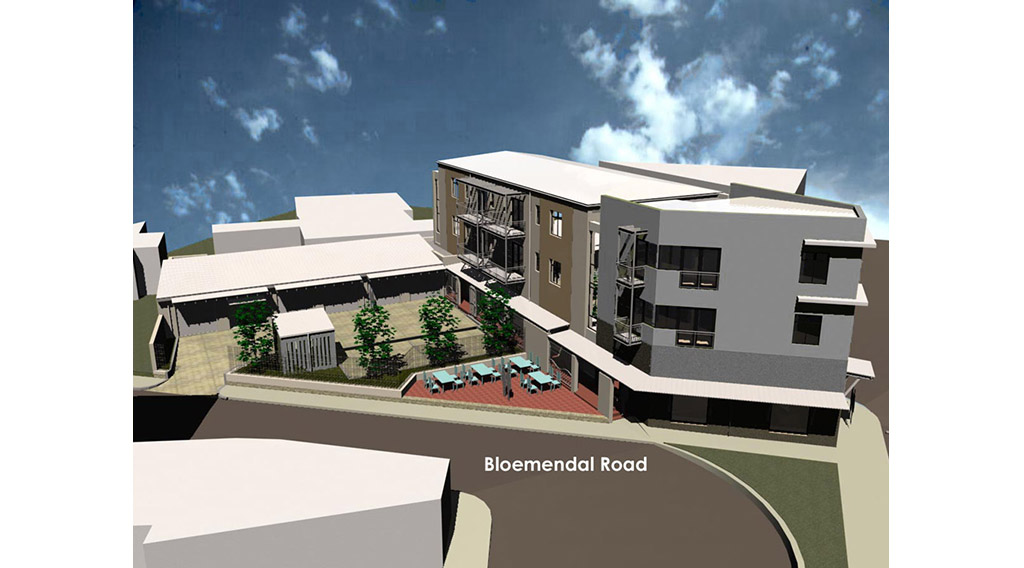 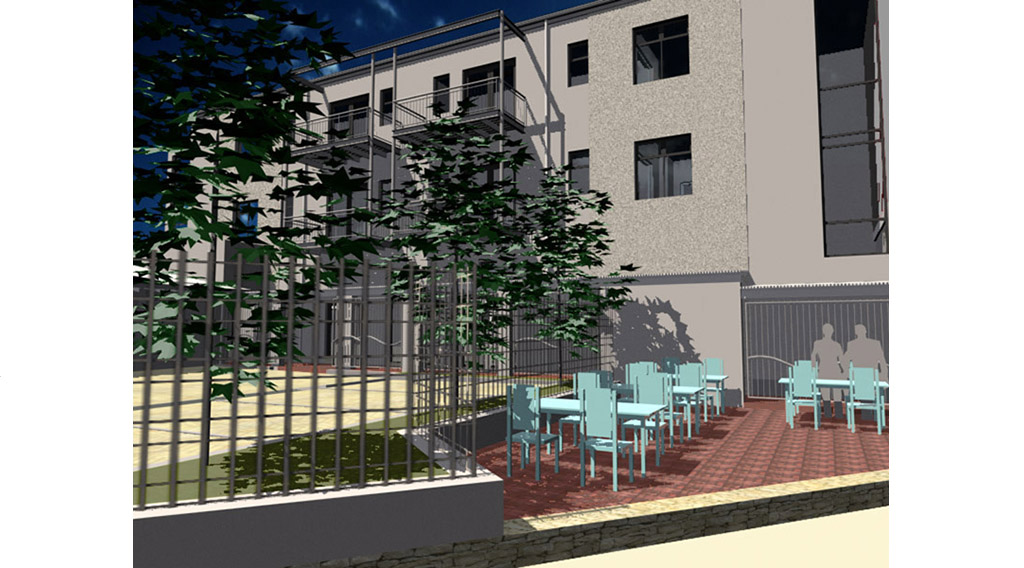 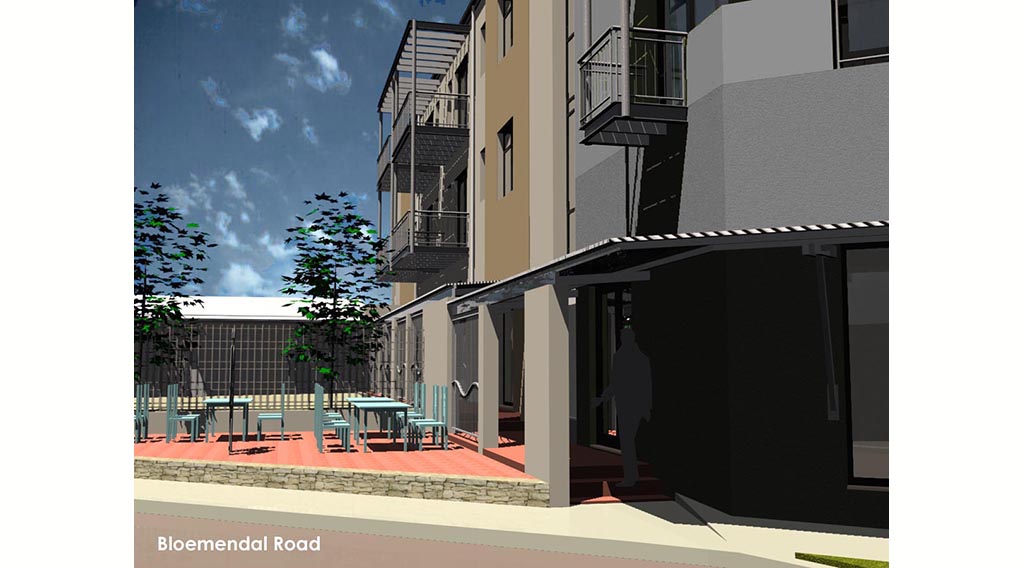 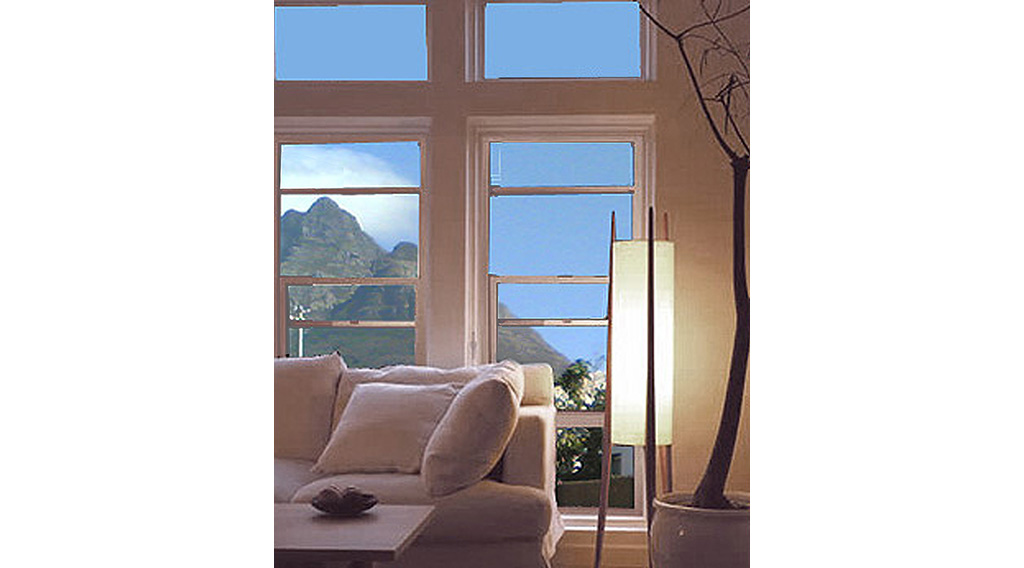 The site is at the corner of Klipfontein and Raapenberg Road, a busy intersection in Mowbray. The owner wanted to redevelop the site by upgrading the retail space on the ground floor and adding apartments above.

The surrounding built fabric consists of a mix of single storey houses, double storey commercial properties, and double or triple storey apartments. There is one seven storey apartment building nearby. The existing buildings on the site are interlinked single storey buildings that currently operate as a liquor store. They have been approved for demolition in terms of Heritage requirements.

The site has an irregular shape with three long sides, one short side, and one tiny chamfered side which is the only boundary that is directly on Klipfontein Road.

The relationship between buildings and the street is an important defining character of this strip of Klipfontein Road. The existing commercial buildings are on the whole positioned hard up against the site boundaries and their elevations, together with canopies, define the pavement. It was important for the new building to continue this streetscape. The new building has therefore been positioned directly on the site boundaries to Klipfontein and Raapenberg roads, with no setback. The Heritage Resources Department supported this approach as Klipfontein, Raapenberg and Bloemendal Roads are regarded as being of heritage significance.

Placing the building hard on the Klipfontein boundary contravened the 5 metre statutory road reserve along Klipfontein Road, which is a proclaimed main road. After protracted discussions with all the relevant departments it was agreed that any future road widening can only occur on the south side of Klipfontein Road. As such approval was obtained for this contravention.

Canopies over the pavements along these two roads are also proposed in the scheme. This feature also contributes to the continuity of the streetscape. This item has yet to be resolved in that on the one hand, the Heritage Resources Department favours the introduction of the canopies whereas the Roads Department considers it a liability.

Car access into the site from the Raapenberg Road side was not favoured by the Local Authority due to the proximity of the intersection. Vehicular access is therefore from the less busy Bloemendal Road. Four parking bays have been provided and street parking also occurs in Bloemendal Road. Each of the six apartments has one garage.

The ground floor consists of two shops, one larger shop for the existing liquor store and a smaller shop suitable for a coffee shop or similar. The small shop has been provided with an outdoor terrace on the north-west side. This will assist in converting a high walled unfriendly edge into positive public space.

Entrance to the apartments on the first and second floors is also from the parking area. These are all walk-up apartments and are suitable as student accommodation or for young couples. The apartments have most of the living spaces facing north-west, and also have dramatic views of Devils Peak to the south-west.